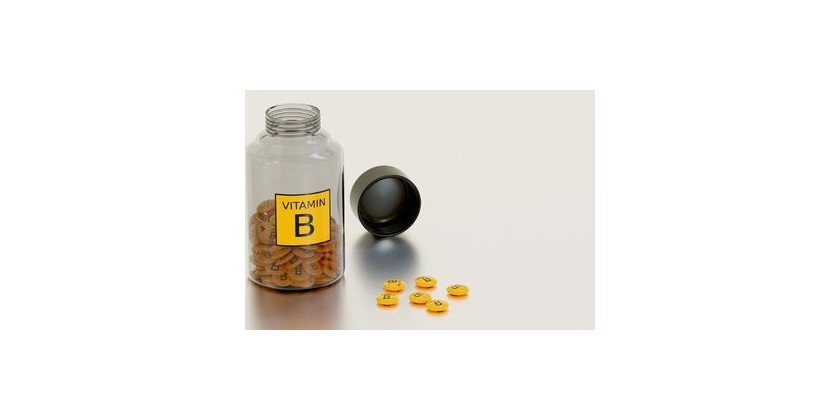 Benefits of B Vitamins

Although several vitamins are called vitamin B, each has a unique chemical structure and is distinguished from the others by a number after the B – from B1 to B12. Eight water-soluble vitamins comprise what is called the “B complex”. In addition to numbered names, they also have unique names. Two of them, biotin and folate, are most commonly referred to by their unique names.

Since several of these are often linked to B vitamins or included in a B-complex supplement, it's worth taking a quick look at what they are.

B4 – Hill. It is synthesized in the body, but not in sufficient quantity for health, so it is still considered an essential nutrient – ​​just not officially a B vitamin, although you can still see it included in many B-complex supplements – including complex formulations. Thorne's B.

B8 – Inositol. It is synthesized in the human body.

B10 - PABA. It is considered non-essential because it is produced by microbes in your gut.

B11 – Pteryl-hepta-glutamic acid. Turns out it's one of the folates.

What do B vitamins do and what happens when they are in deficit?

B vitamins are grouped together as a B complex because they are often found together in food sources. They are found in a wide variety of foods, including meat, fish, dairy, legumes, green leafy vegetables (folate, in particular), nuts, seeds, and fortified cereals (although not all are found in all foods). For example, B12 is only found in animal products.

They have similar functions in the body. One or another B vitamin is involved in keeping our cells healthy, creating energy from our food (metabolism), manufacturing new cells, helping to produce brain chemicals (neurotransmitters), supporting healthy methylation, and much more.*

Differences arise when looking at which vitamin B is a cofactor for which enzymes. As enzyme cofactors, vitamin B helps drive the reaction; an enzyme cannot do its job without its cofactors. The specific enzyme, in turn, tells you which types of body tissues require the vitamin. Let's take a look.

It's easier to determine how a particular vitamin affects our health by looking at what happens when we don't get enough of it in our diet or supplementation. If a specific B vitamin is lacking, it cannot be the cofactor an enzyme needs to do its job.

Some characteristic symptoms of vitamin B deficiencies; some actually have an illness named for their disability:

B2 – Opacity of the lens of the eye – cataract; cracks in the corners of the lips

B3 – The severe deficiency disease is called pellagra, characterized by the “3 D’s” – diarrhea, dermatitis and dementia

B5 – Damages the adrenal glands; a unique deficiency condition known as "burning foot syndrome" is associated with a B5 deficiency - although it is likely the result of a number of vitamin B deficiencies

B6 – Depression and other mental health problems for being a cofactor of numerous brain neurotransmitters; neuropathies

Together, the nervous system—brain, spinal cord, and peripheral nerves—appear to be most impacted by vitamin B deficiencies. Such deficiencies can manifest as physical, mental, or emotional.

How widespread is insufficient vitamin B intake?

Although it is uncommon to find severe vitamin B deficiencies in the population, in part due to flour and cereal fortification, chronic low intakes are still observed in some groups.

For example, one study reported the vitamin sufficiency status of men and women in the US, UK, Netherlands and Germany. Data from the United States were taken from questionnaires from the National Health and Nutrition Examination Survey (NHANES) and included questionnaires from 3944 men and 3961 women.

Men fared slightly better, having vitamin B intakes within the recommended range, except for thiamine, where 5-25 percent were below recommendations.1

Who is most at risk for vitamin B insufficiency?

B vitamins are water soluble, which means that (with m with the exception of B12) are not stored in large quantities in the body; that is, what is not used is washed.

Individuals with an eating disorder

Groups with conditions that may interfere with absorption:

B1 – Thiamine is the most common B vitamin deficiency among alcoholics and can lead to very serious and life-threatening conditions.

B3 – Several drugs can cause niacin deficiency, including isoniazid for treating tuberculosis, 5-FU – a chemotherapy drug for cancer, and phenobarbital for seizures.

B6 – In the United States, teenagers are the age group most likely to have low B6. In addition, medications that contribute to B6 deficiency include levodopa for Parkinson's disease, hydralazine diuretics for high blood pressure, and isoniazid.

Folate – Insufficient levels during pregnancy can lead to birth defects, so it is absolutely essential to ensure a woman has an adequate level of folate before becoming pregnant.* Medications that contribute to low folate levels include methotrexate, Bactrim (antibiotic for infections of the urinary tract) and Dilantin (anticonvulsant medication).

B12 – As B12 is found exclusively in animal products, vegans are particularly susceptible to B12 deficiency. Also, the type 2 diabetes drug metformin can cause vitamin B12 deficiency. Other individuals at risk include those with a low level of hydrochloric acid (HCl) in their stomach, such as the elderly and those taking antacids or acid blockers (over-the-counter or prescription).