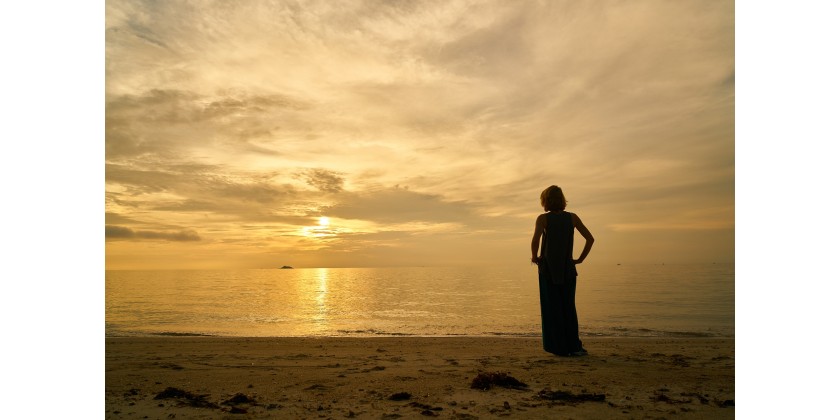 Iodine- It's Not Just About the Thyroid

Iodine is a micromineral which is essential for health and is most strongly associated with thyroid function. Epidemiology suggests that 2 billion individuals worldwide have insufficient iodine intake, with those in south Asia and sub-Saharan Africa particularly affected.1

The thyroid is an endocrine gland located at the base of the throat which is responsible for producing the thyroid hormones T4 and T3. T4 is produced from a molecule of tyrosine and four iodine molecules, it can then be converted to T3 (1 tyrosine and 3 iodine molecules), incidentally zinc and selenium are also required as cofactors for its production. Thyroid hormone controls metabolic rate of all body cells and therefore elicits an effect on all tissues within the body. Because of this iodine is considered essential for normal growth and development of body tissues, particularly nerve, bone, reproductive systems as well as hair, skin and nails.2

Deficient levels of iodine contribute to suboptimal thyroid function leading to adverse effects on growth and development and it is thought that iodine deficiency is the most common cause of preventable mental impairment worldwide.

The richest natural sources of iodine con from ocean life, fish, shellfish, and seaweed, meaning that those who do not consume foods from the ocean, and particularly communities who reside far inland, are at a greater risk of iodine deficiency. This has led to the widespread use of iodized salt, where table salt is fortified with iodine and has reduced iodine deficiency, although this comes with a caveat. Many authorities feel that iodized salt is overused and additionally can contain other products such as aluminum and unnecessary chemicals. It is therefore preferable to obtain iodine from natural sources. Kelp in particular is rich in iodine and other mineral but low in sodium and is a good seasoning substitute for salt.2

As mentioned, the most affected organ by iodine deficiency is the thyroid. Severe iodine deficiency causes goitre and hypothyroidism because, despite an increase in thyroid activity to maximize iodine uptake and recycling, iodine concentrations are still too low to enable adequate production of thyroid hormone. In mild-to-moderate iodine deficiency, increased thyroid activity can compensate for low iodine intake and maintain euthyroidism (balanced or normal thyroid funciton) in most individuals, but at a price: chronic thyroid stimulation results in an increase in the prevalence of toxic nodular goitre and hyperthyroidism in susceptible individuals, particularly following normalized or increased iodine intake.1

One population which seems to be particularly vulnerable to iodine deficiency is expectant mothers and babies. Adequate thyroid hormone is critically important for normal growth and neurodevelopment in fetal life, infancy, and childhood. Severe iodine deficiency during development results in maternal and fetal hypothyroidism and associated serious adverse health effects, including cretinism and growth retardation as well as miscarriage and stillbirth.3,4 Hence, optimal levels of iodine during pregnancy (200-220ug/day) is essential .

However, it is important not to exceed the safe upper tolerable limit of iodine during pregnancy (1100ug/day, although some research suggests 500ug is too much), as it thinks it is linked to thyroid dysfunction in offspring. The mechanisms for this are not fully understood but likely due to alteration is iodine uptake by the thyroid in the presence of too little or excessive iodine.5

Additionally, research has demonstrated that iodine is protective for the development of breast cancer. Seaweed is a popular dietary component in Japan and a rich source of both of iodine and selenium. It was thought that this dietary preference may be associated with the low incidence of benign and malignant breast disease in Japanese women.6

It has been demonstrated that the thyroid covers, or organifies, Iodine into anti-proliferative molecules known as iodolipids. It has been suggested that these iodolipids may also play a role in the proliferative control of tissues outside of the thyroid. Most research supports the use of iodine in combination with selenium (another mineral utilized in thyroid hormone production) as selenium acts synergistically with iodine. All three mono-deiodinase enzymes are selenium-dependent and are involved in thyroid hormone regulation. In this way selenium status may affect both thyroid hormone homeostasis and iodine availability.6

Many studies have shown that iodine has anti-proliferative and anti-neoplastic properties in iodine sensitive tissues including thyroid, mammary and prostate tissue.7-9

In animal and human studies, iodine administration has been shown to cause regression of both iodine-deficient goitre and benign pathological breast tissue.

In animal and human studies, molecular iodine supplementation exerts a suppressive effect on the development and size of both benign and cancer neoplasia.

Iodine acts as an antioxidant and prevents various lipoperoxidation in organs, including the brain.

Although the mechanisms of action have not been fully elucidated, it is most likely that mitochondrial-mediated apoptosis pathways are involved as previously described for iodine and iodolactones. Studies have demonstrated that iodine exposure to mitochondria isolated from breast tumor tissue causes swelling and organization of the mitochondrial proteins, and release of apoptogenic effectors from mitochondria that cause nuclear fragmentation. Therefore, it appears that iodine may initiate apoptosis by elucidating effects on mitochondrial proteins, leading to anti-proliferative and cytotoxic properties which have been seen in breast cancer cells.6,10

Studies investigating the effect of iodine of breast health have shown9,10

Iodine treatment of patients with benign breast disease led to a bilateral reduction in breast size and a remission of disease symptoms, which was not observed when iodide was administered

An iodine-deficient state has shown to render the thyroid and the breast susceptible to physiological changes and leads to atypia, dysplasia, and hyperplasia.

Excess iodine consumption has provided conflicting evidence when it comes to issues regarding excess intake. Epidemiological studies show that in iodine deficient population, when iodine intake was normalised, with the introduction of iodized salt, there was an increased occurrence of hyperthyroidism (iodine induced hyperthyroidism IIH). However, many of these incidents did not last longer than two years, again possibly as they thyroid adjusted iodine uptake to account for iodine availability. It is additionally hypothesised that perhaps there were the presence of autoimmune hyperthyroidism (Grave’s disease) which was masked by deficient levels of iodine. In general Iodine-induced hyperthyroidism and other adverse effects can be almost entirely avoided by adequate and sustained quality control and monitoring of iodine supplementation which should also confirm adequate iodine intake. However, it is still recommended to maintain intake below 1100mg/day.12

It is also important to note that iodine is a halogen and is therefore in the same group and fluorine or fluoride, present in water as well as toothpaste. Iodine and fluoride can compete for absorption as they have a very similar structure. Therefore, adequate levels of iodine can protect against fluoride toxicity. However, it is also important to be aware that excessive fluoride intake can inhibitor reduce iodine absorption. Fluoride inhibits the ability of the thyroid gland to concentrate iodine and research has shown that fluoride is much more toxic to the body when there is iodine deficiency present.13

Iodine is essential for the production of thyroid hormone, which controls the metabolic rate of all body cells, and therefore elicits effects on all body tissues.

Deficient levels of iodine are associated with hypothyroidism, as well as poor development and growth

Adequate thyroid hormone is critically important for normal growth and neurodevelopment in fetal life, infancy, and childhood. Severe iodine deficiency during development results in maternal and fetal hypothyroidism and associated serious adverse health effects, including cretinism and growth retardation as well as miscarriage and stillbirth. Hence, optimal levels of iodine during pregnancy (200-220ug/day) is essential, however pregnant women should not exceed of 500ug/day

Iodine has also been shown to possess antiproliferative and cytotoxic properties and therefore has supportive research in the prevention of cancer, particularly of the breast.

In animal and human studies, iodine administration has been shown to cause regression of both iodine-deficient goitre and benign pathological breast tissue and has beneficial effects in fibrocystic breast disease (4) and in cyclic mastalgia